One of the most common questions I see from people that are just entering electronics and programming is: what is Arduino? Well, Arduino is a platform for microcontroller devices that makes embedded programming much easier than traditional methods. Thanks to Arduino's simplicity and ease-of-use, embedded systems and programming now have a much lower barrier of entry than before. For only about $25 you can get started in electronics, as opposed to a few hundred dollars to buy evaluation boards and hardware programmers.

The Arduino platform is essentially composed of the following (all of which are open source):

The software framework used to program Arduinos isn't quite strict C/C++ (although it can be if you want), but instead it is a simplified version that removes most of the boilerplate code to keep development as simple as possible. This is in contrast to traditional style embedded programming where quite a bit of initialization logic was needed just to get the device ready for operation. In the past many people just starting out would get frustrated and quit before they could get the device to do anything at all.

The device bootloader is a program that comes pre-programmed on the Arduino microcontrollers and assists with loading your code from memory on startup. When the device is powered on, the first code to run is the bootloader, which fetches your application code from memory and starts its execution. In the case of Arduinos, the bootloader also allows you to load code on to the device via a USB cable instead of a more expensive hardware programmer (or in-system programmer).

The IDE is a desktop application that you use to write, compile, and load code for Arduinos. You can think of it as a glorified text editor (with syntax highlighting) that also compiles and uploads the code for you. Here you can find plenty of example code, configurations, and help documentation to help set up all of the Arduinos you buy. The IDE is not required as you can also write, compile, and load code using the Mac/Linux command line, but this is usually reserved for more advanced users. 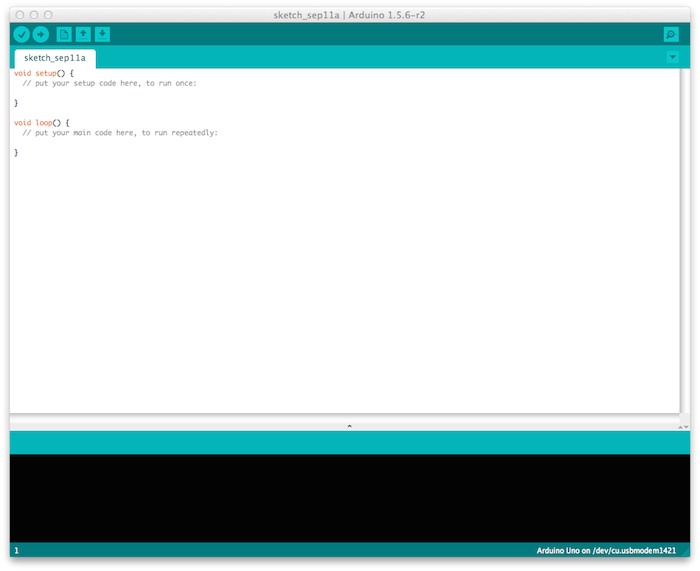 Why are Arduinos Useful?

They're Easy to Use

As we've already stated, Arduinos are useful in that they greatly lower the barrier of entry in to programming embedded electronics. Thanks to the open source tools available, you can write meaningful applications within minutes instead of hours or days. The learning curve is so much lower now than it used to be, which allows more people to get involved, and in turn expands the industry for everyone.

The Arduino (and Wiring, the programming framework it's based off of) was created with designers, artists, and electronics novices in mind to help encourage a community of all skill levels and to allow them to develop and share their ideas. This opened up a whole new world of interactive art and hobbyist projects that couldn't have been developed otherwise.

Since the Arduino platform is open source and it has allowed millions of people to get involved in embedded electronics, we've seen a huge number of open source projects/code flood sites like Github, which is great for the community. This means if you're trying to interface with the LSM9DS0 9-DOF sensor chip you can just pop on over to Adafruit's LSM9DS0 library on Github and download the code, reducing development time by hours, or even days depending on your skill level.

Not only the code open source, but the hardware is as well. In my opinion, the only thing harder than writing code for microcontrollers is designing the hardware electronics for one. Things are getting better, but there never used to be a whole lot of documentation teaching you how to design a printed circuit board (PCB) board with a microcontroller and peripheral components. Now, there are hundreds of boards, shields, and peripheral components available to use as reference thanks to the open PCB designs.

You can easily find some of the Arduino boards on the internet for around $15, which is far below the hundreds of dollars you used to have to pay for microprocessor/microcontroller evaluation boards. Although hobby electronics did exist, they weren't cheap and their tools were usually pretty poorly made. To get anything higher quality you had to pay top dollar.

Even worse, if you made a mistake and fried your board then you were pretty much SOL. And believe me, when you're just starting out you'll burn up a board or two.

I could write all day long about how great Arduino is and why you should use it, but that's not going to really tell you what they're capable of doing. So here are a few projects powered by the Arduino platform. 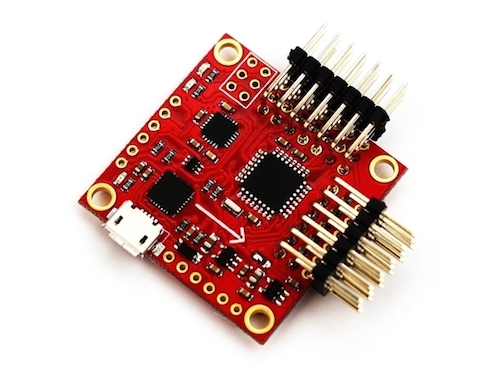 Although the name may be confusing, this is actually a custom-made Arduino board used to control a drone. It's capable of powering RC planes, cars, and anything from tri-copters (3 propellers) to hexa-copters (6 propellers). The Arduino-powered microcontroller interfaces with accelerometers, gyros, barometers, GPS, and more. It's capable of receiving data from all of these sensors and from the transmitter up to 250 times per second to make adjustments mid-flight. I'd say that's pretty capable.

Believe it or not, there is a Arduino-based satellite orbiting earth right now containing a bunch of sensors for different experiments. Apparently the team built and launched this nanosat with the intention of allowing the general public to design and run their own space-based applications and experiments. Not bad for a $25 hobbyist device.

This, in my mind, is a good example of what the Arduino/Wiring creators had in mind when they say they created Arduino for artists and designers. It's a nice combination of visual and audio effects that would be difficult to create without the microcontroller.

How do you use an Arduino?

Okay, enough talk about how easy Arduinos are to use, lets get in to the details. I'll walk you through the steps to write a small "Hello World" sketch for the Arduino Uno.

After installing the IDE, open it and click the 'New' button to start a new project. This should bring up a new text window with only the setup() and loop() functions in it. This is the only boilerplate code you need for the sketch.

Now, I won't be going through all of the details here (which I'll save for another post), but the gist of our sketch is that it'll turn on an LED for a half second, turn the LED off for a half second, and continuously repeat. The code should be simple enough to infer what each command is doing. This is about as simple as you can get.

Write the following code in the text window:

If you just want to verify that your code compiles, but you don't want to upload it to the board, you'll want to click the 'Verify' button. But before you do, make sure you've told the IDE which Arduino board you're using. In my case, I'm using an Uno, so I would tell the IDE this by clicking Tools->Board->Arduino Uno. Now the IDE knows the configuration of my board and how to compile the code.

If you haven't done so already, click 'Verify'. After a second or two you should see text appear in the lower console telling you the sketch "uses 1,108 bytes (3%) of program storage space" or something similar. Since no errors appeared we know this was accepted by the compiler as valid code.

To upload it to your board, you must first connect the board to your computer via the USB cable. Once connected, you may need to tell the IDE which port the Arduino is on (although most of the time it can find it automatically). You can do this by going to Tools->Port and selecting the port that ends in (Arduino Uno).

Finally, click the 'Upload' button. You'll know the upload worked if you see "Done uploading" just below the text editor window. You should also see the small LED on the board blinking on and off every second.

And that's it, you just wrote code to power a microcontroller!

I hope this cleared some things up on what exactly an Arduino is, and why they're so popular. The platform isn't going away soon, and different variations are popping up all the time, so if you do a bit of searching you'll likely be able to find one that suits your needs. For help, check out the Arduino forums, which have a ton of people willing to help any and all skill levels.

I'll be writing up some tutorials on different projects you can make over the next couple of weeks, so be sure to subscribe to the newsletter!

What Arduino projects do you want to see made? Let us know in the comments!