Introduction to Image Processing in Python with OpenCV

In this tutorial, we are going to learn how we can perform image processing using the Python language. We are not going to restrict ourselves to a single library or framework; however, there is one that we will be using the most frequently, the Open CV library. We will start off by talking a little about image processing and then we will move on to see different applications/scenarios where image processing can come in handy. So, let's begin!

What is Image Processing?

It is important to know what exactly image processing is and what is its role in the bigger picture before diving into its how's. Image Processing is most commonly termed as 'Digital Image Processing' and the domain in which it is frequently used is 'Computer Vision'. Don't be confused - we are going to talk about both of these terms and how they connect. Both Image Processing algorithms and Computer Vision (CV) algorithms take an image as input; however, in image processing, the output is also an image, whereas in computer vision the output can be some features/information about the image.

Why do we need it?

The data that we collect or generate is mostly raw data, i.e. it is not fit to be used in applications directly due to a number of possible reasons. Therefore, we need to analyze it first, perform the necessary pre-processing, and then use it.

For instance, let's assume that we were trying to build a cat classifier. Our program would take an image as input and then tell us whether the image contains a cat or not. The first step for building this classifier would be to collect hundreds of cat pictures. One common issue is that all the pictures we have scraped would not be of the same size/dimensions, so before feeding them to the model for training, we would need to resize/pre-process them all to a standard size.

This is just one of many reasons why image processing is essential to any computer vision application.

Before going any further, let's discuss what you need to know in order to follow this tutorial with ease. Firstly, you should have some basic programming knowledge in any language. Secondly, you should know what machine learning is and the basics of how it works, as we will be using some machine learning algorithms for image processing in this article. As a bonus, it would help if you have had any exposure to, or basic knowledge of, Open CV before going on with this tutorial. But this is not required.

If you are dealing with a colored image, you should know that it would have three channels - Red, Green, and Blue (RGB). Therefore, there would be three such matrices for a single image.

Note: Since we are going to use OpenCV via Python, it is an implicit requirement that you already have Python (version 3) already installed on your workstation.

To check if your installation was successful or not, run the following command in either a Python shell or your command prompt:

Some Basics You Should Know

Before we move on to using Image Processing in an application, it is important to get an idea of what kind of operations fall into this category, and how to do those operations. These operations, along with others, would be used later on in our applications. So, let's get to it.

For this article we'll be using the following image: 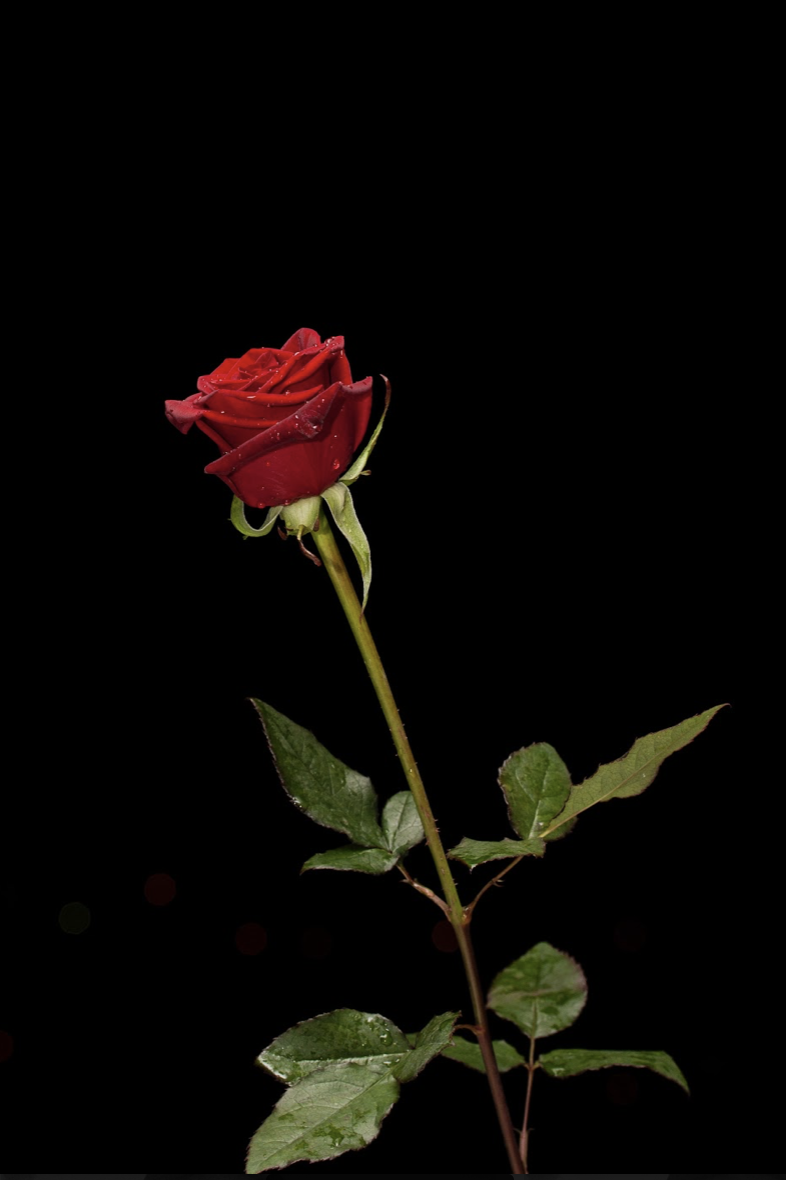 Note: The image has been scaled for the sake of displaying it in this article, but the original size we are using is about 1180x786.

You probably noticed that the image is currently colored, which means it is represented by three color channels i.e. Red, Green, and Blue. We will be converting the image to grayscale, as well as splitting the image into its individual channels using the code below.

After loading the image with the imread() function, we can then retrieve some simple properties about it, like the number of pixels and dimensions:

Splitting an Image into Individual Channels

Now we'll split the image in to its red, green, and blue components using OpenCV and display them: 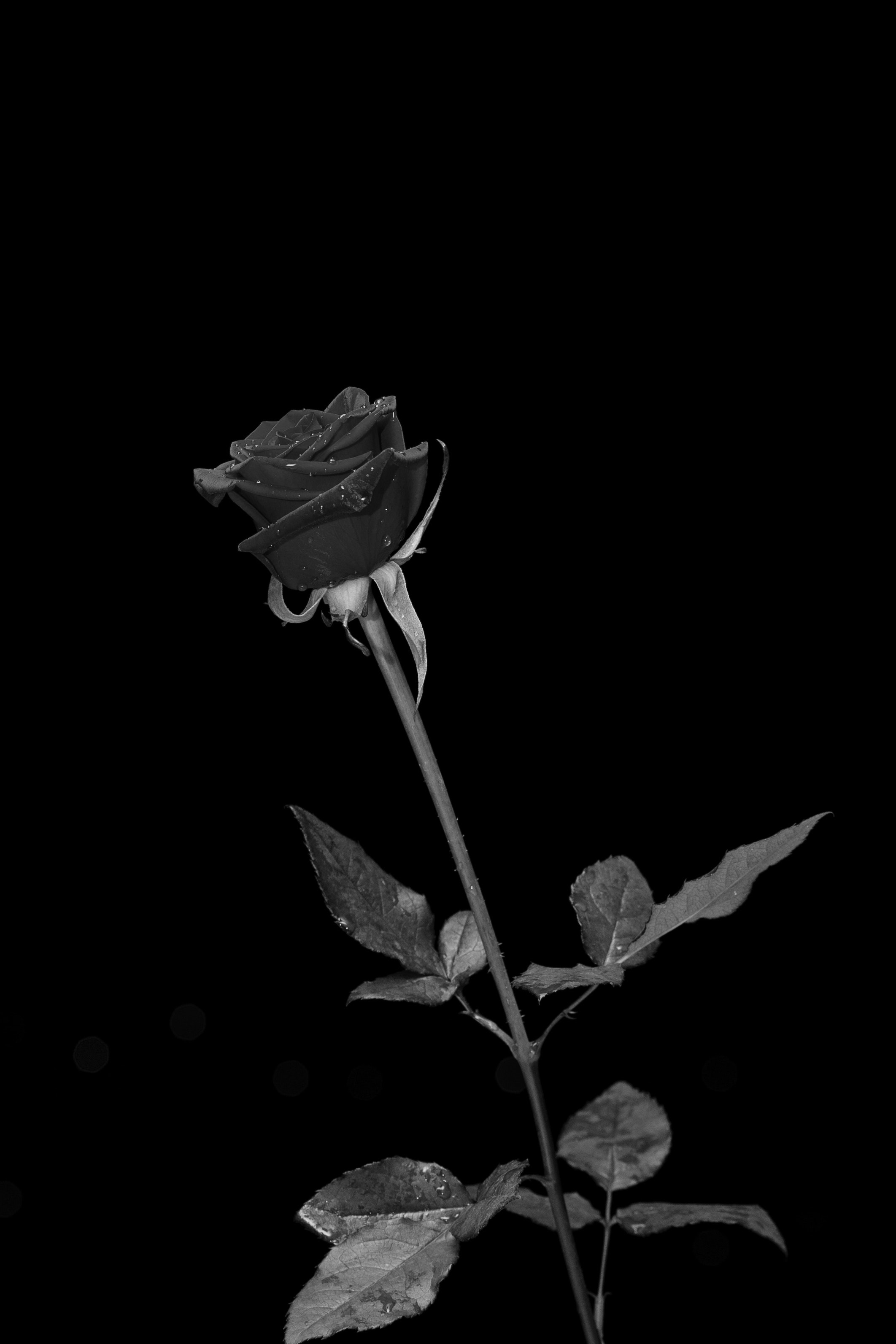 The concept of thresholding is quite simple. As discussed above in the image representation, pixel values can be any value between 0 to 255. Let's say we wish to convert an image into a binary image i.e. assign a pixel either a value of 0 or 1. To do this, we can perform thresholding. For instance, if the Threshold (T) value is 125, then all pixels with values greater than 125 would be assigned a value of 1, and all pixels with values lesser than or equal to that would be assigned a value of 0. Let's do that through code to get a better understanding. 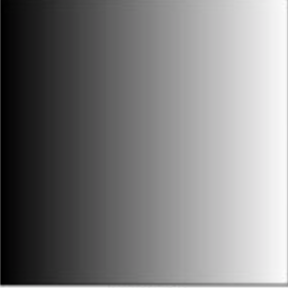 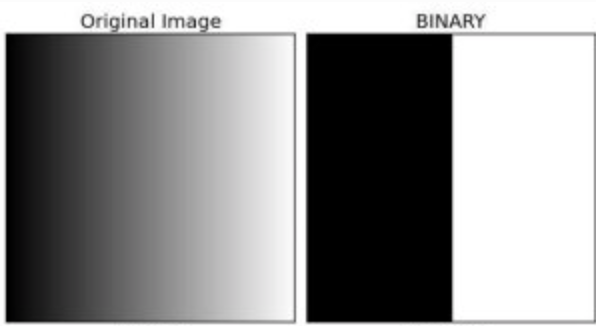 #1: Removing Noise from an Image

Now that you have got a basic idea of what image processing is and what it is used for, let's go ahead and learn about some of its specific applications.

In most cases, the raw data that we gather has noise in it i.e. unwanted features that makes the image hard to perceive. Although these images can be used directly for feature extraction, the accuracy of the algorithm would suffer greatly. This is why image processing is applied to the image before passing it to the algorithm to get better accuracy.

There are many different types of noise, like Gaussian noise, salt and pepper noise, etc. We can remove that noise from an image by applying a filter which removes that noise, or at the very least, minimizes its effect. There are a lot of options when it comes to filters as well, each of them has different strengths, and hence is the best for a specific kind of noise.

To understand this properly, we are going to add 'salt and pepper' noise to the grayscale version of the rose image that we considered above, and then try to remove that noise from our noisy image using different filters and see which one is best-fit for that type.

Alright, we have added noise to our rose image, and this is what it looks like now: 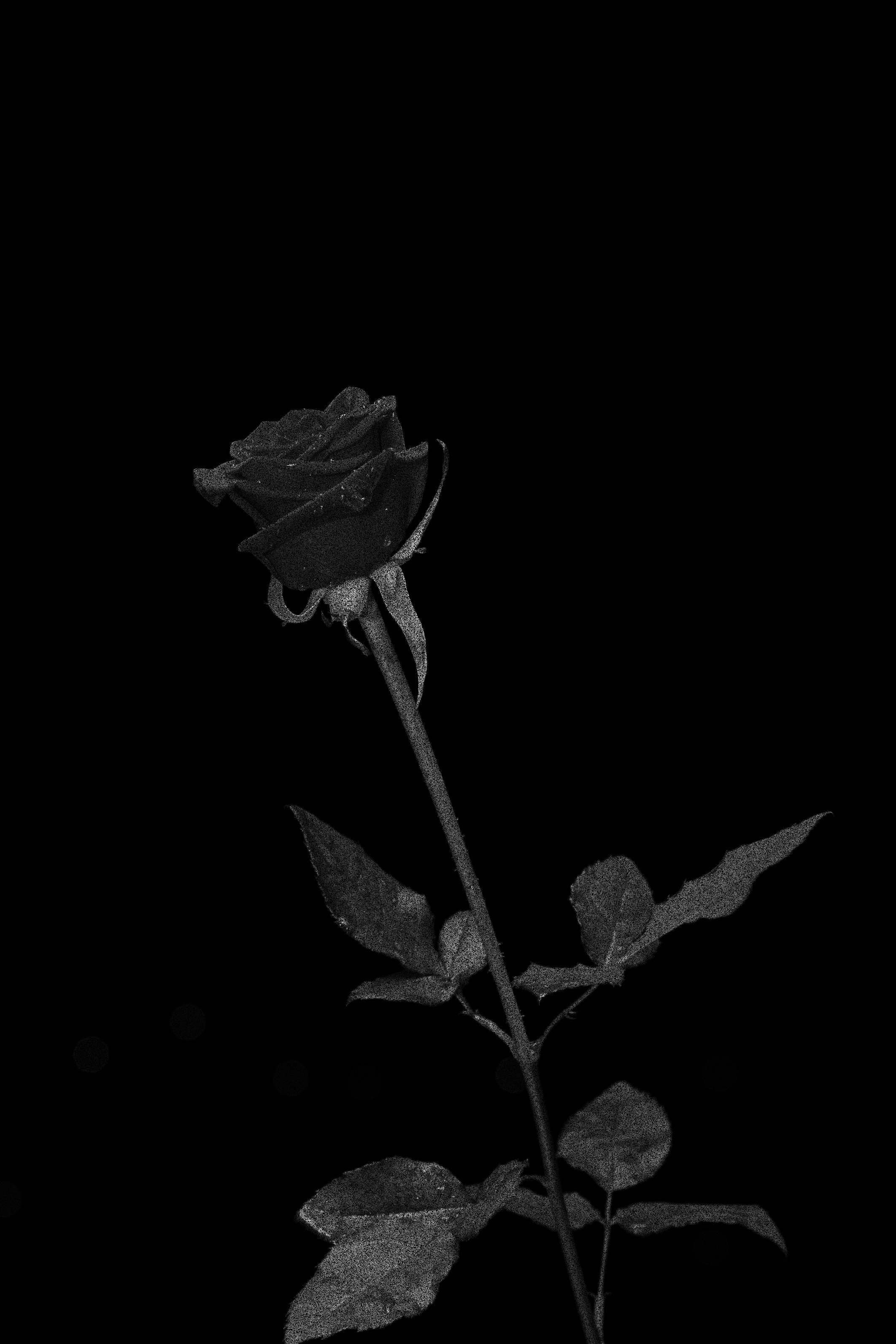 Lets now apply different filters on it and note down our observations i.e. how well each filter reduces the noise. 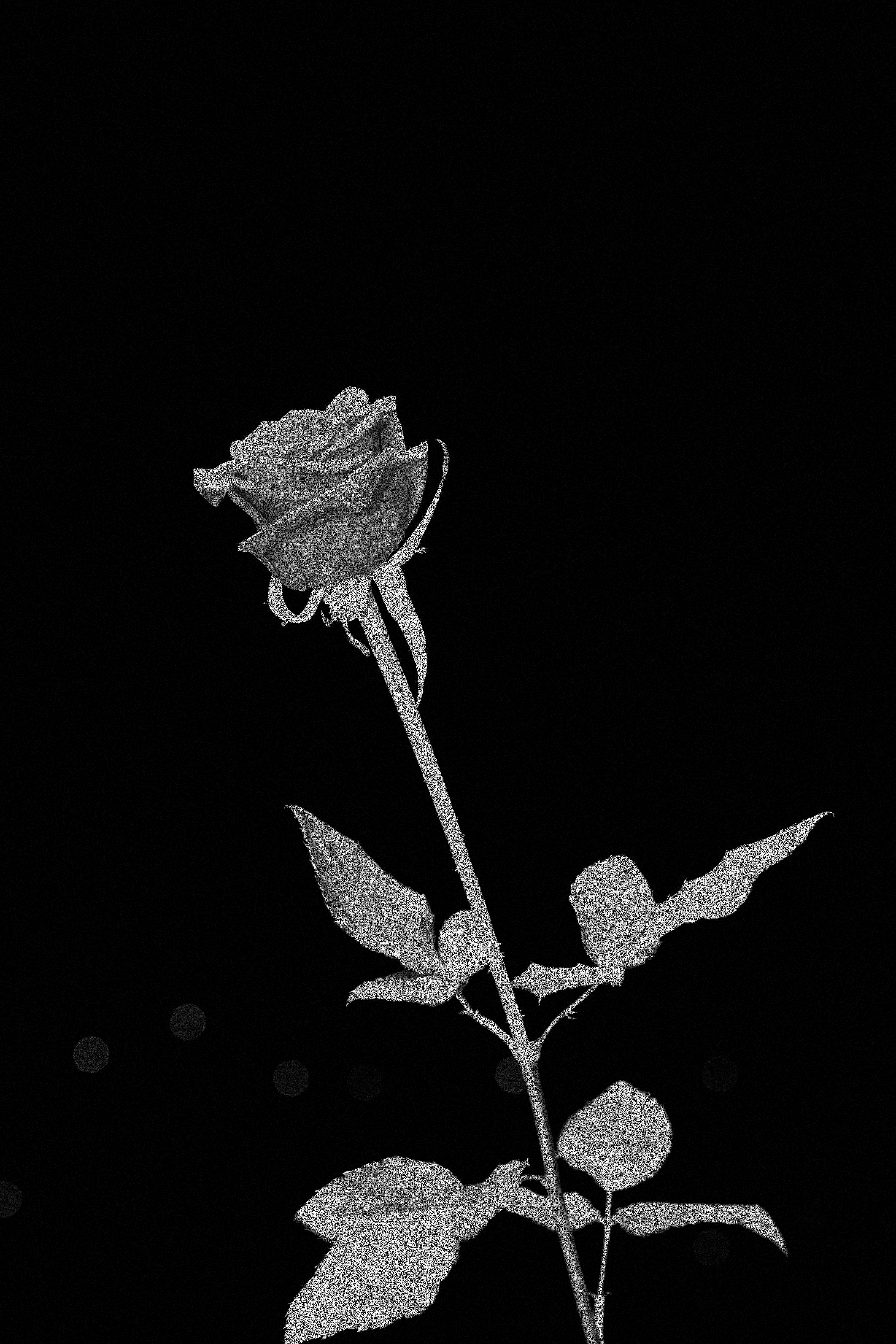 The resulting image, from applying th Midpoint Filter on the image with salt and pepper noise, is shown below. Upon comparison with the original grayscale image, we can see that, like the kernel method above, brightens the image too much; however, it is able to highlight the bright spots on the rose. Therefore, we can say that it is a better choice than the arithmetic filter, but still it does not recover the original image completely. 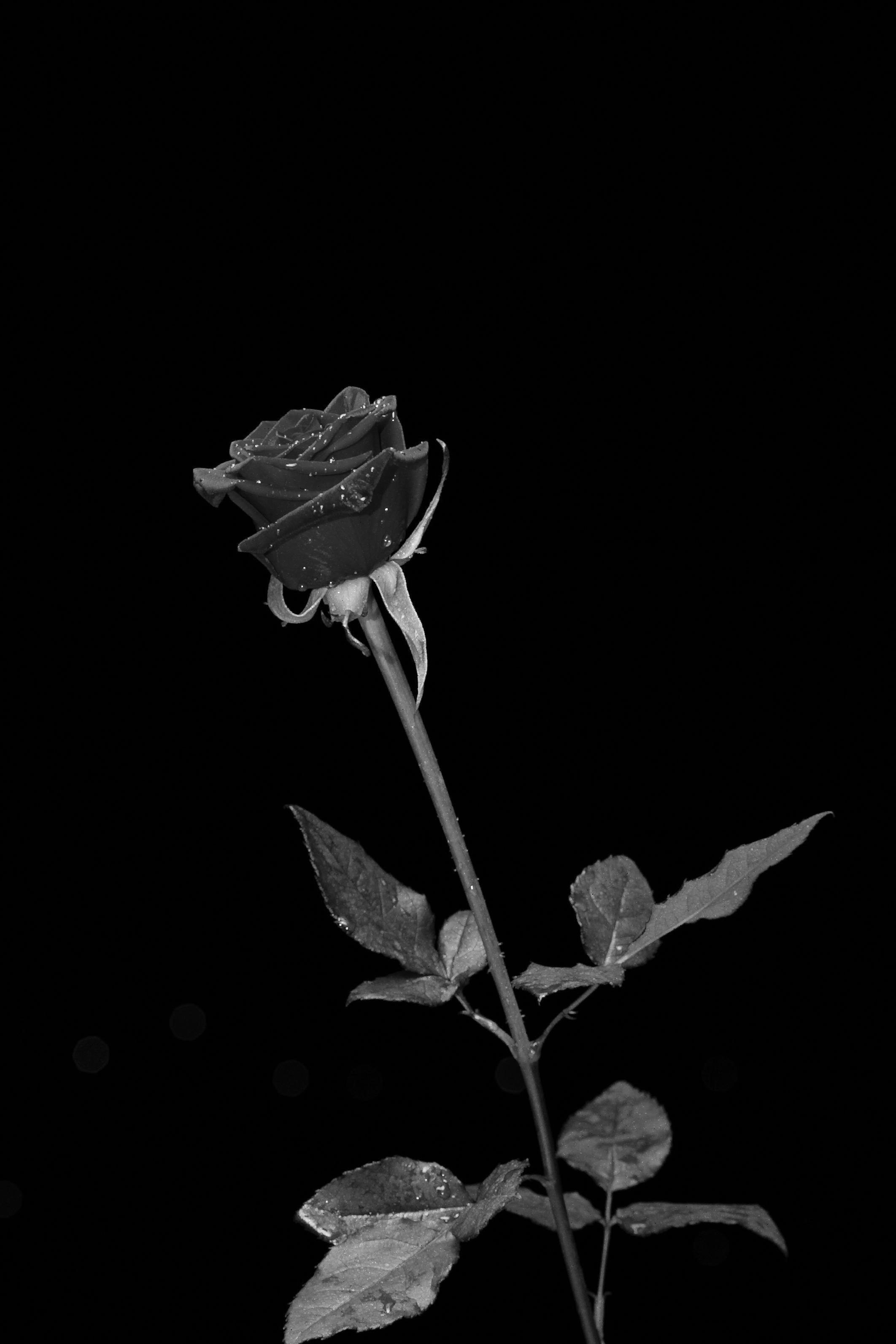 Note: The implementations of these filters can be found online easily and how exactly they work is out of scope for this tutorial. We will be looking at the applications from an abstract/higher level.

The resulting image, from applying Contraharmonic Mean Filter on the image with salt and pepper noise, is shown below. Upon comparison with the original grayscale image, we can see that it has reproduced pretty much the exact same image as the original one. Its intensity/brightness level is the same and it highlights the bright spots on the rose as well. Hence, we can conclude that contraharmonic mean filter is very effective in dealing with salt and pepper noise. 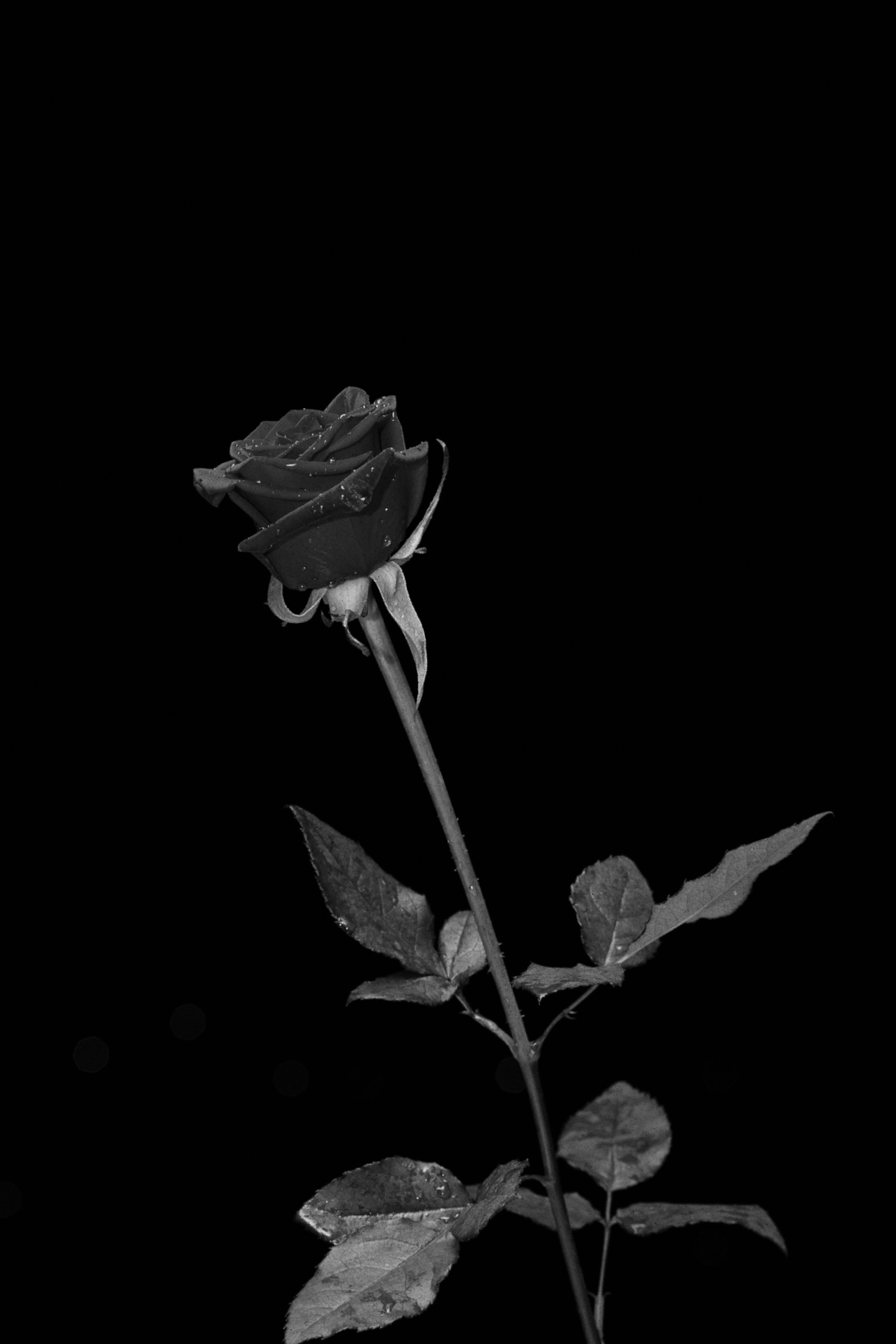 Now that we have found the best filter to recover the original image from a noisy one, we can move on to our next application.

The rose image that we have been using so far has a constant background i.e. black, therefore, we will be using a different image for this application to better show the algorithm's capabilities. The reason is that if the background is constant, it makes the edge detection task rather simple, and we don't want that.

We talked about a cat classifier earlier in this tutorial, let's take that example forward and see how image processing plays an integral role in that.

In a classification algorithm, the image is first scanned for 'objects' i.e. when you input an image, the algorithm would find all the objects in that image and then compare them against the features of the object that you are trying to find. In case of a cat classifier, it would compare all objects found in an image against the features of a cat image, and if a match is found, it tells us that the input image contains a cat.

Since we are using the cat classifier as an example, it is only fair that we use a cat image going forward. Below is the image we will be using: 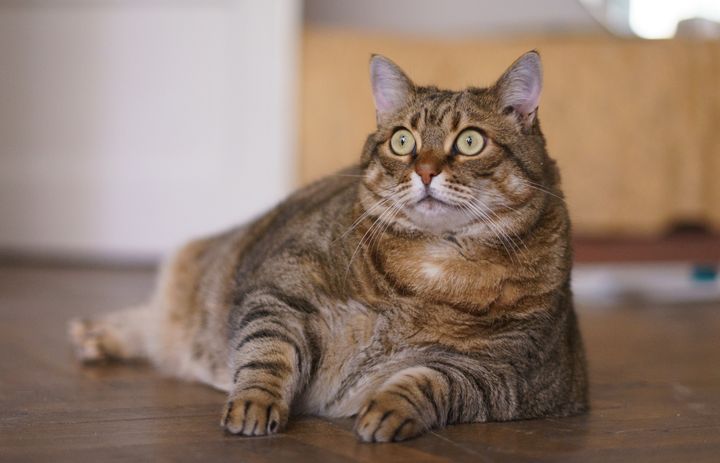 As you can see, the part of the image which contains an object, which in this case is a cat, has been dotted/separated through edge detection. Now you must be wondering, what is the Canny Edge Detector and how did it make this happen; so let's discuss that now.

To understand the above, there are three key steps that need to be discussed. First, it performs noise reduction on the image in a similar manner that we discussed previously. Second, it uses the first derivative at each pixel to find edges. The logic behind this is that the point where an edge exists, there is an abrupt intensity change, which causes a spike in the first derivative's value, hence making that pixel an 'edge pixel'.

These are the underlying concepts/methods that Canny Edge Detector algorithm uses to identify edges in an image.

In this article, we learned how to install OpenCV, the most popular library for image processing in Python, on different platforms like Windows, MacOS, and Linux, as well as how to verify that the installation was successful.

We went on to discuss what Image Processing is and its uses in the computer vision domain of Machine Learning. We talked about some common types of noise and how we can remove it from our images using different filters, before using the images in our applications.

Furthermore, we learned how image processing plays an integral part in high-end applications like Object Detection or classification. Do note that this article was just the tip of the iceberg, and Digital Image Processing has a lot more in the store that cannot possibly be covered in a single tutorial. Reading this should enable you to dive deeper and learn about other advanced concepts related to image processing. Good Luck!