In this tutorial, we'll be diving into the theory and implementation of Bucket Sort in Python.

Bucket Sort can be thought of as a scatter-order-gather approach towards sorting a list, due to the fact that the elements are first scattered in buckets, ordered within them, and finally gathered into a new, sorted list.

How does Bucket Sort Work?

Before jumping into its exact implementation, let's walk through the algorithm's steps:

Let's take a look at the visual presentation of how the algorithm works. For example, let's assume that this is the input list:

By dividing the element's value with this size, we'll get an index for each element's respective bucket.

Now, we'll create empty buckets. We'll have the same amount of buckets as the elements in our list:

We'll insert the elements in their respective buckets. Taking the first element into consideration - 1.2/0.2 = 6, the index of its respective bucket is 6. If this result is higher or equal to the length of the list, we'll just subtract 1 and it'll fit into the list nicely. This only happens with the largest number, since we got the size by dividing the largest element by the length.

We'll place this element in the bucket with the index of 5:

Likewise, the next element will be indexed to 0.22/0.2 = 1.1. Since this is a decimal number, we'll floor it. This is rounded to 1, and our element is placed in the second bucket:

This process is repeated until we've placed the last element in its respective bucket. Our buckets now look something along the lines of: 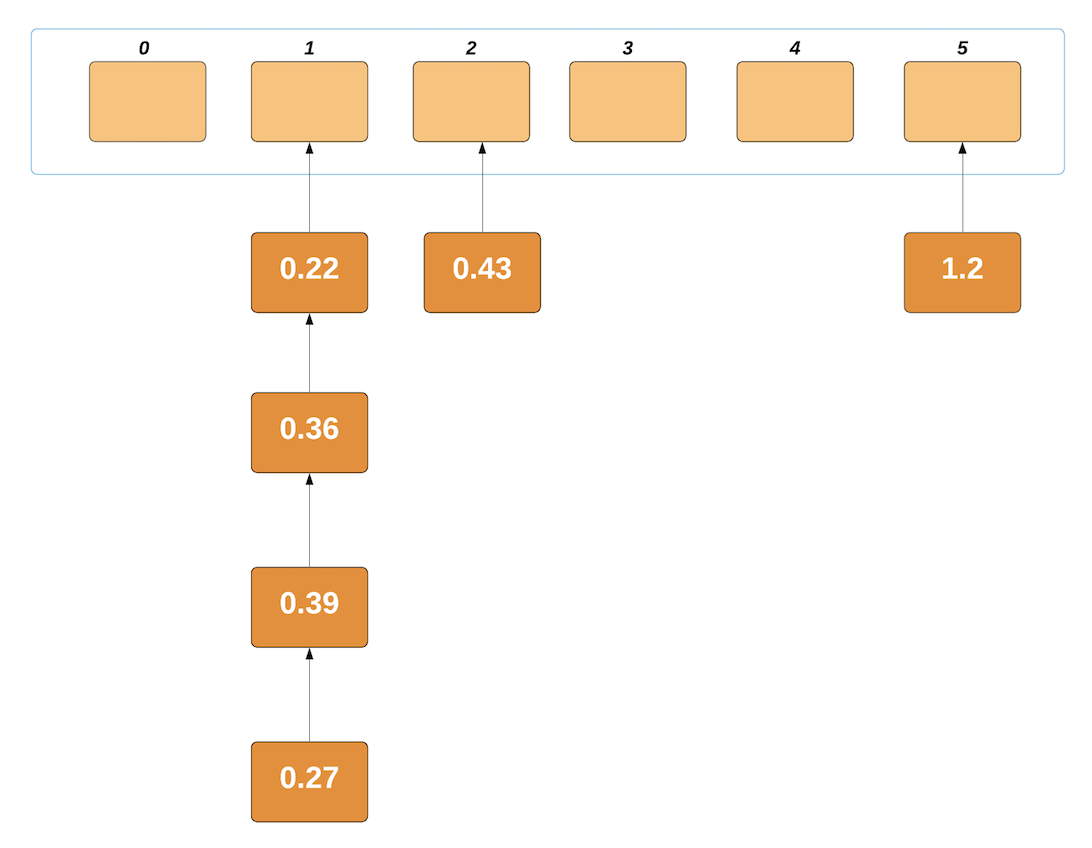 Now, we'll sort the contents of each non-empty bucket. We'll be using Insertion Sort since it's unbeaten with small lists like this. After Insertion Sort, the buckets look like this: 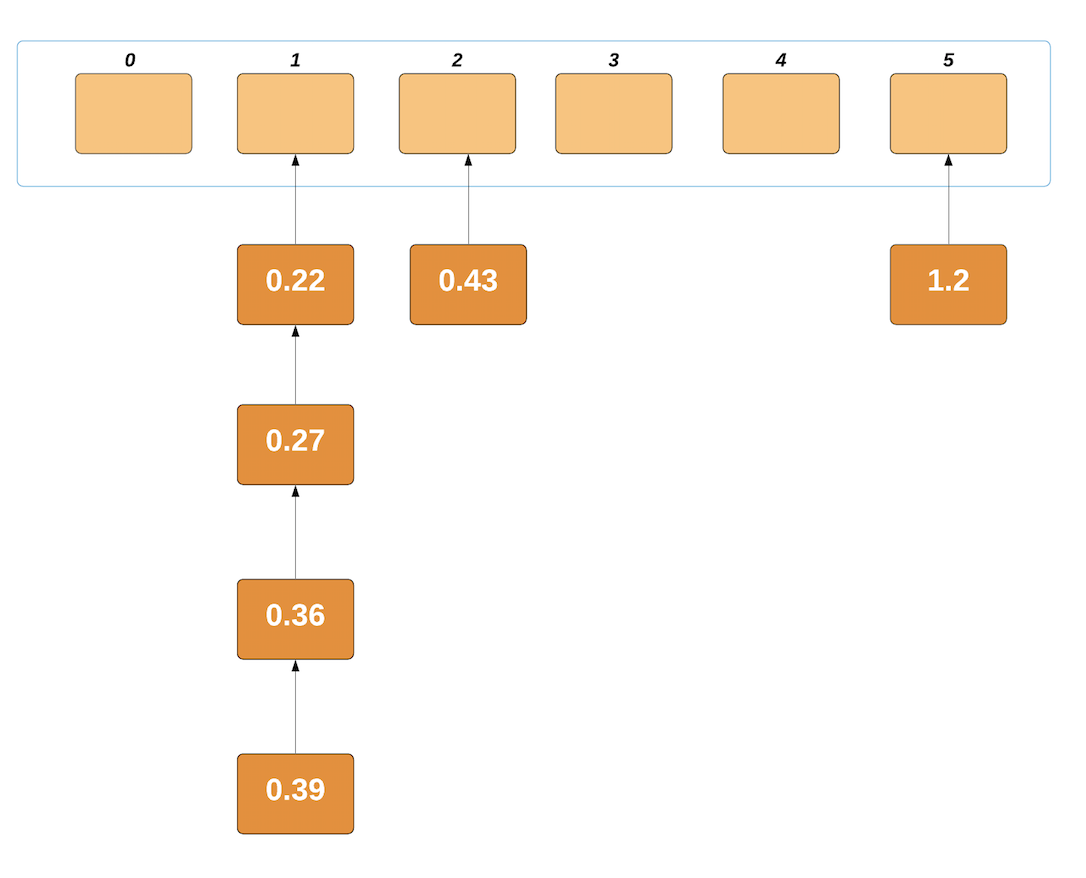 Now, it's just a matter of traversing the non-empty buckets and concatenating the elements in a list. They're sorted and ready to go:

With that out of the way, let's go ahead and implement the algorithm in Python. Let's start off with the bucket_sort() function itself:

The implementation is fairly straightforward. We've calculated the size parameter. Then, we instantiated a list of empty buckets and inserted elements based on their value and the size of each bucket.

Once inserted, we call insertion_sort() on each of the buckets:

And with that in place, let's populate a list and perform a Bucket Sort on it:

Running this code will return:

If the collection we're working with has a short range (like the one we've had in our example) - it's common to have many elements in a single bucket, where a lot of buckets are empty.

If all elements fall into the same bucket, the complexity depends exclusively on the algorithm we use to sort the contents of the bucket itself.

The best-case would be having all of the elements already sorted. Additionally, the elements are uniformly distributed. This means that each bucket would have the same number of elements.

That being said, creating the buckets would take O(n) and Insertion sort would take O(k), giving us an O(n+k) complexity.

The average-case occurs in the vast majority of real-life collections. When the collection we want to sort is random. In that case, Bucket Sort takes O(n) to finish, making it very efficient.

To sum it all up, we started off by getting an introduction to what Bucket sort is and went on to discuss what we need to know before we jump into its implementation in Python. After the implementation, we've performed a quick complexity analysis.