In this tutorial, we'll take a look at how to plot a histogram plot in Matplotlib. Histogram plots are a great way to visualize distributions of data - In a histogram, each bar groups numbers into ranges. Taller bars show that more data falls in that range.

A histogram displays the shape and spread of continuous sample data.

Plot a Histogram Plot in Matplotlib

Now, with the dataset loaded in, let's import Matplotlib's PyPlot module and visualize the distribution of release_years of the shows that are live on Netflix:

Here, we've got a minimum-setup scenario. We load in the data into a DataFrame (df), then, we use the PyPlot instance and call the hist() function to plot a histogram for the release_year feature. By default, this'll count the number of occurences of these years, populate bars in ranges and plot the histogram. 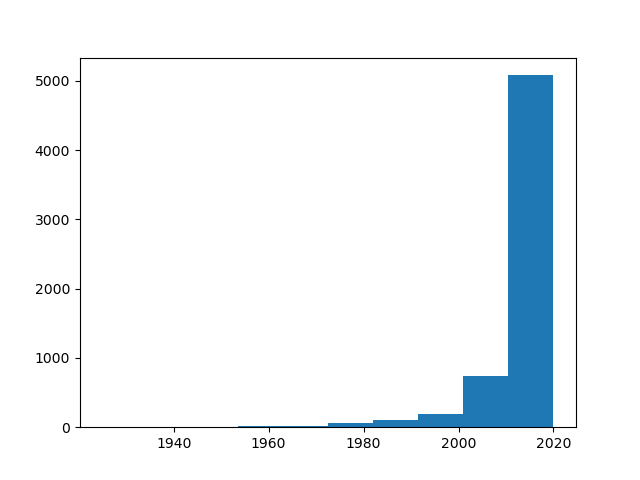 These are pretty big ranges for the movie industry, it makes more sense to visualize this for ranges smaller than 10 years.

Say, let's visualize a histogram (distribution) plot in batches of 1 year, since this is a much more realistic time-frame for movie and show releases.

We'll import numpy, as it'll help us calculate the size of the bins:

This time around, we've extracted the DataFrame column into a data variable, just to make it a bit easier to work with.

We've passed the data to the hist() function, and set the bins argument. It accepts a list, which you can set manually, if you'd like, especially if you want a non-uniform bin distribution.

Since we'd like to pool these entries each in the same time-span (1 year), we'll create a Numpy array, that starts with the lowest value (min(data)), ends at the highest value (max(data)) and goes in increments of 1.

This time around, running this code results in: 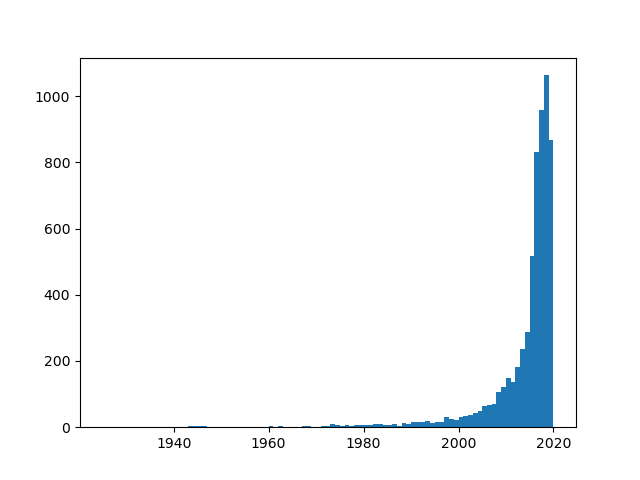 Instead of a list, you can give a single bins value. This will be the total number of bins in the plot. Using 1 will result in 1 bar for the entire plot.

This results in 20 equal bins, with data within those bins pooled and visualized in their respective bars: 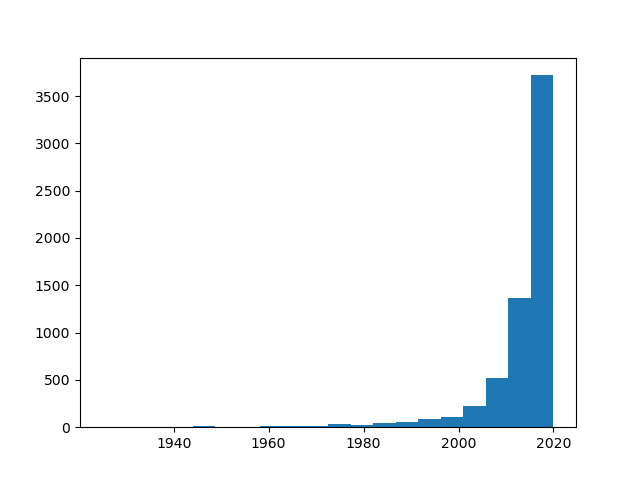 Sometimes, instead of the count of the features, we'd want to check what the density of each bar/bin is. That is, how common it is to see a range within a given dataset. Since we're working with 1-year intervals, this'll result in the probablity that a movie/show was released in that year.

To do this, we can simply set the density argument to True: 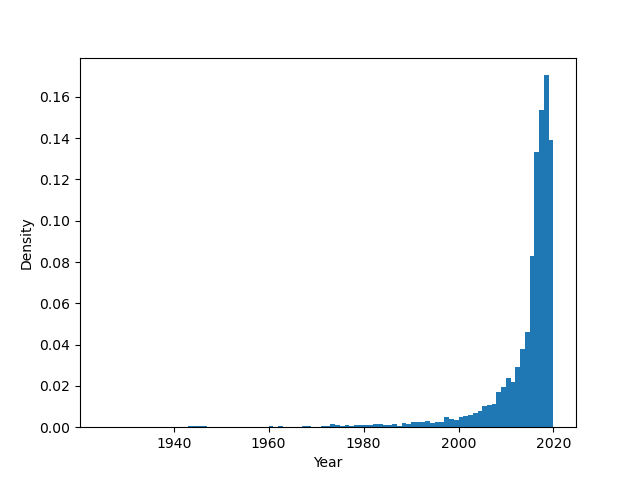 Other than these settings, there's a plethora of various arguments you can set to customize and change the way your plot looks like. Let's change a few of the common options people like to fiddle around with to change plots to their tastes: 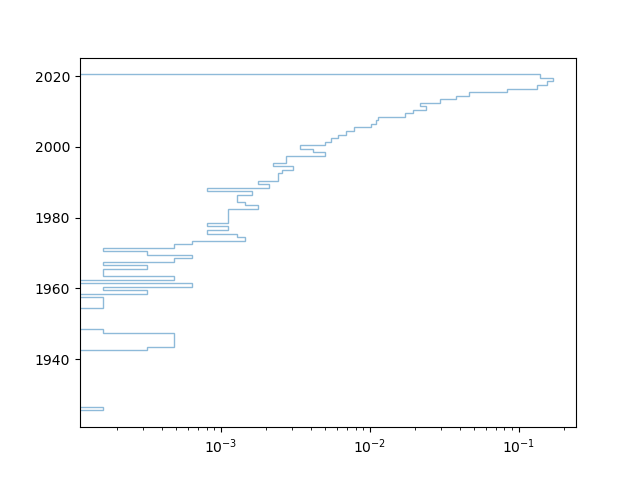 Since we've put the align to right, we can see that the bar is offset a bit, to the vertical right of the 2020 bin.

In this tutorial, we've gone over several ways to plot a histogram plot using Matplotlib and Python.