In this tutorial, we'll take a look at how to plot a scatter plot in Matplotlib.

We'll be using the Ames Housing dataset and visualizing correlations between features from it.

Plot a Scatter Plot in Matplotlib

Now, with the dataset loaded, let's import Matplotlib, decide on the features we want to visualize, and construct a scatter plot:

Here, we've created a plot, using the PyPlot instance, and set the figure size. Using the returned Axes object, which is returned from the subplots() function, we've called the scatter() function.

We need to supply the x and y arguments as the features we'd like to use to populate the plot. Running this code results in: 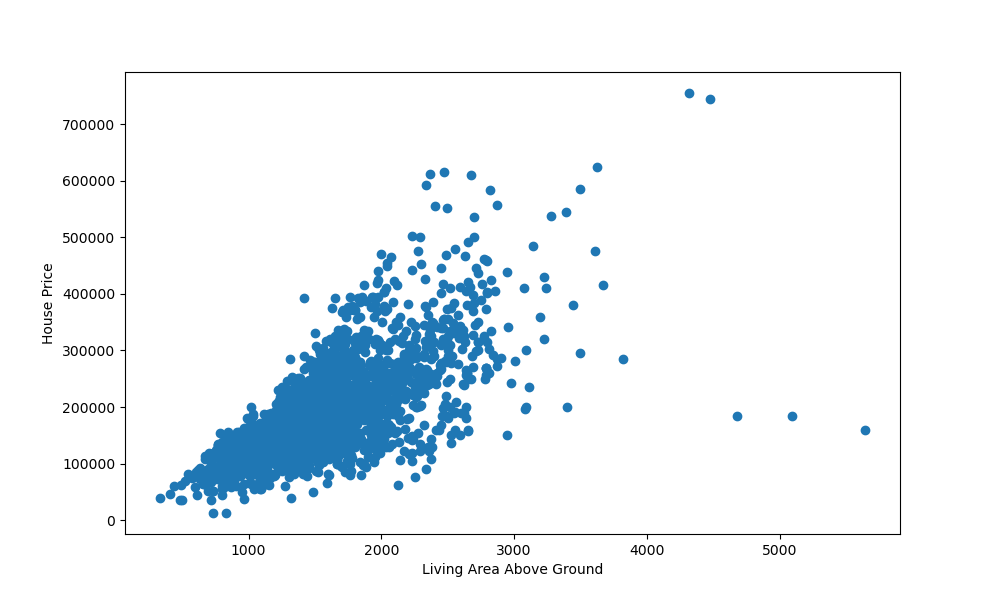 We've also set the x and y labels to indicate what the variables represent. There's a clear positive correlation between these two variables. The more area there is above ground-level, the higher the price of the house was.

There are a few outliers, but the vast majority follows this hypothesis.

If you'd like to compare more than one variable against another, such as - check the correlation between the overall quality of the house against the sale price, as well as the area above ground level - there's no need to make a 3D plot for this.

Here, we've called plt.subplots(), passing 2 to indicate that we'd like to instantiate two subplots in the figure.

Here, we've called the scatter() function on each of them, providing them with labels. Running this code results in: 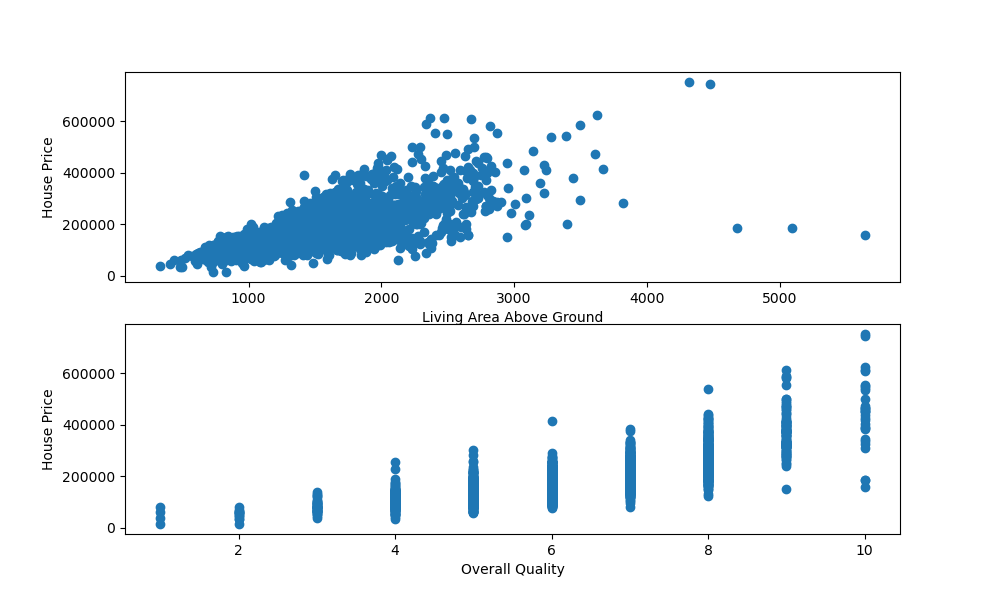 If you don't want to visualize this in two separate subplots, you can plot the correlation between these variables in 3D. Matplotlib has built-in 3D plotting functionality, so doing this is a breeze.

First, we'll need to import the Axes3D class from mpl_toolkits.mplot3d. This special type of Axes is needed for 3D visualizations. With it, we can pass in another argument - z, which is the third feature we'd like to visualize.

Let's go ahead and import the Axes3D object and plot a scatter plot against the previous three features:

Running this code results in an interactive 3D visualization that we can pan and inspect in three-dimensional space: 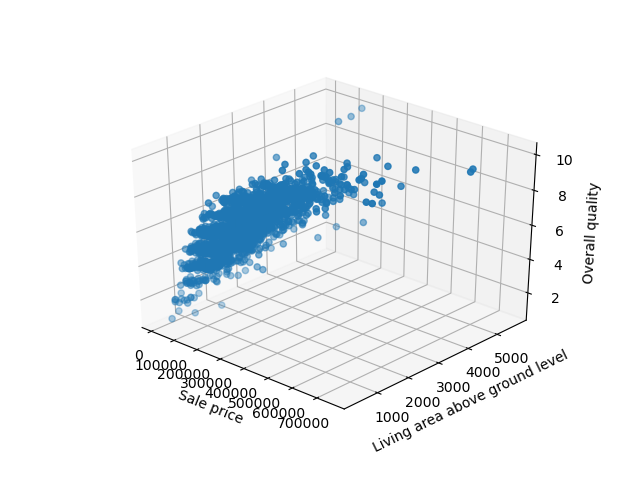 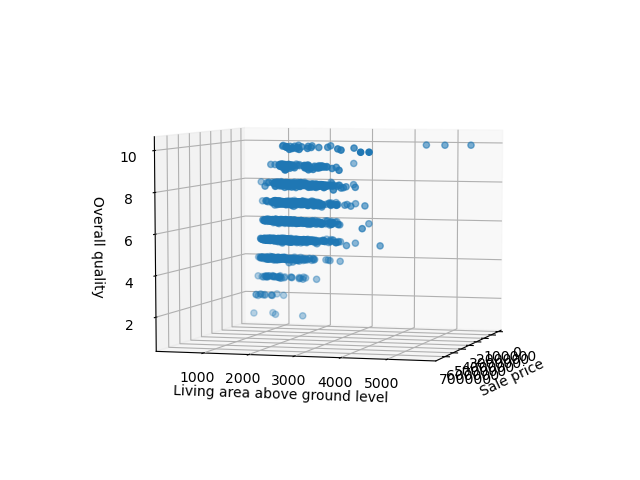 You can change how the plot looks like by supplying the scatter() function with additional arguments, such as color, alpha, etc:

Running this code would result in: 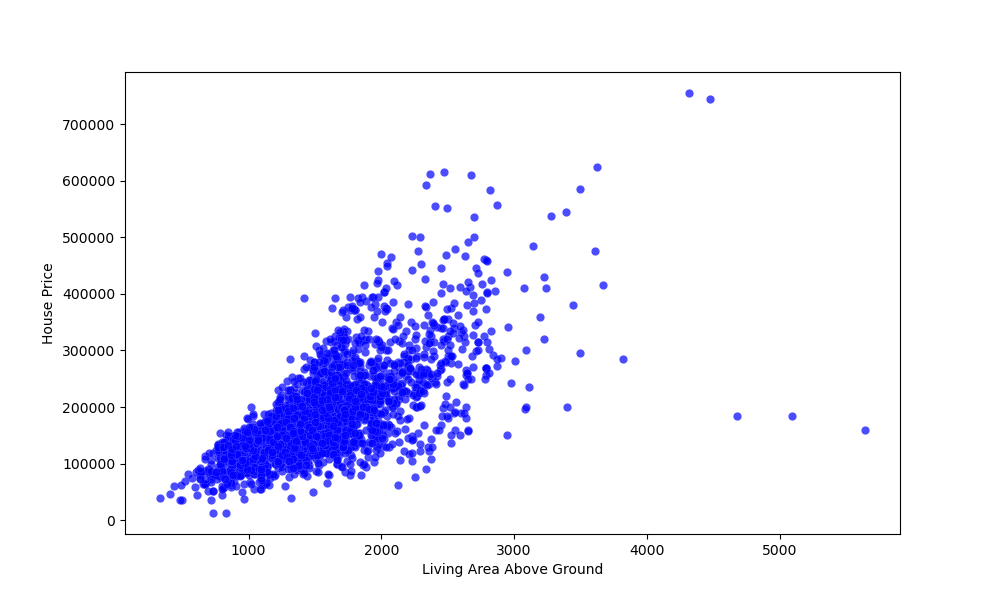 In this tutorial, we've gone over several ways to plot a scatter plot using Matplotlib and Python.

Data Visualization in Python, a book for beginner to intermediate Python developers, will guide you through simple data manipulation with Pandas, cover core plotting libraries like Matplotlib and Seaborn, and show you how to take advantage of declarative and experimental libraries like Altair. Want to actually understand your data?