A Finite State Machine is a model of computation, i.e. a conceptual tool to design systems. It processes a sequence of inputs that changes the state of the system.

When all the input is processed, we observe the system's final state to determine whether the input sequence was accepted or not.

Finite State Machines are comprised of these components: 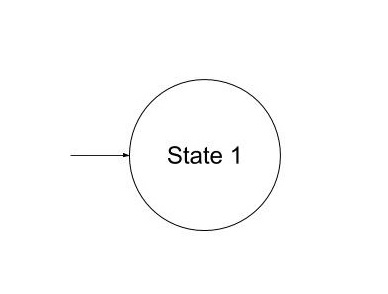 Let's create a Finite State Machine that parses a binary sequence where every time we encounter a 1, we immediately encounter a 0. For example, 1010 is a valid input sequence but 1110 and 1010100 are not.

We can create a Finite State Machine like this: 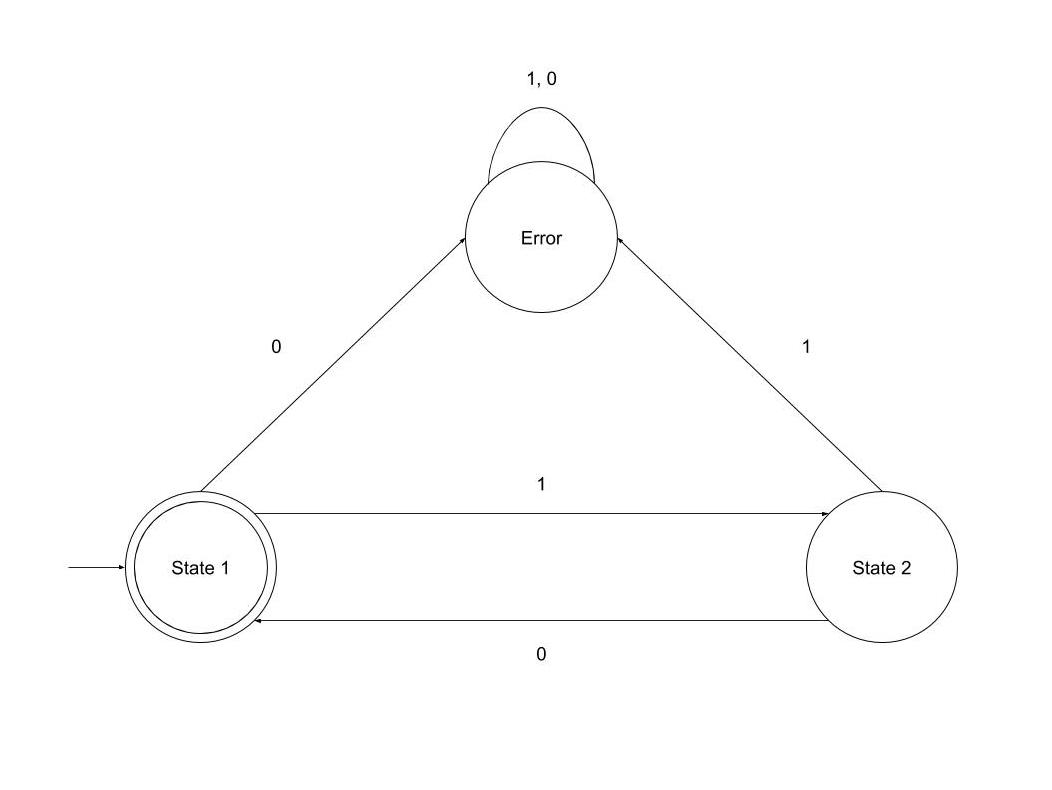 Our Finite State Machine has 3 states: State 1, State 2 and Error.

Here, we have a few possible situations:

As you would observe, any input in the Error state keeps it there, as you are not able to transition out of the error state.

Creating an FSM in Python

The Transition class contains a match() function. A quick way for us to know if the current state and input of the Finite State Machine will allow us to go to the next state defined.

The FSM class, after being initialized, needs the add_transitions() method to be called. This method validates that our transition rules are set up with valid states.

We can then use the accepts() method with a list of inputs to determine if our machine would be in an accepting state.

Let's test it out with the binary parser we created previously. Follow the code, run it, and take note of the results:

Finite State Machines are commonly used in real world systems that extend beyond string parsing, and even beyond software systems.

A simple traffic light system can be modeled with a Finite State Machine. Let's look at each core component and identify what it would be for traffics lights: 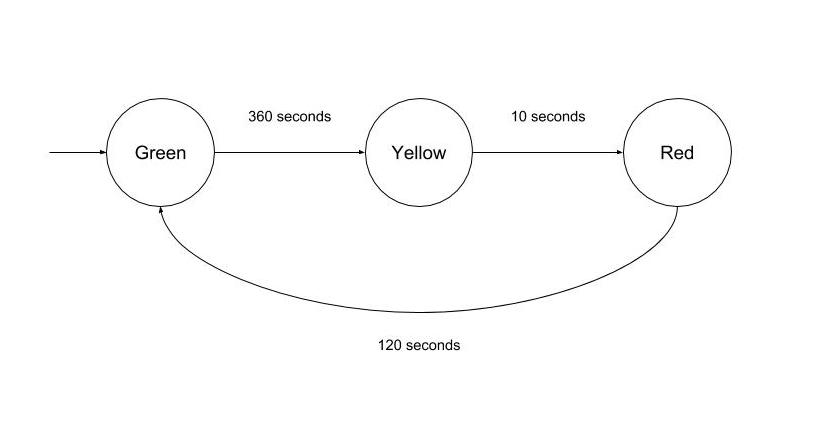 Finite State Machines allows us to map the flow of actions in a game's computer-controlled players. Let's say we were making an action game where guards patrol an area of the map. We can have a Finite State Machine with the following properties: 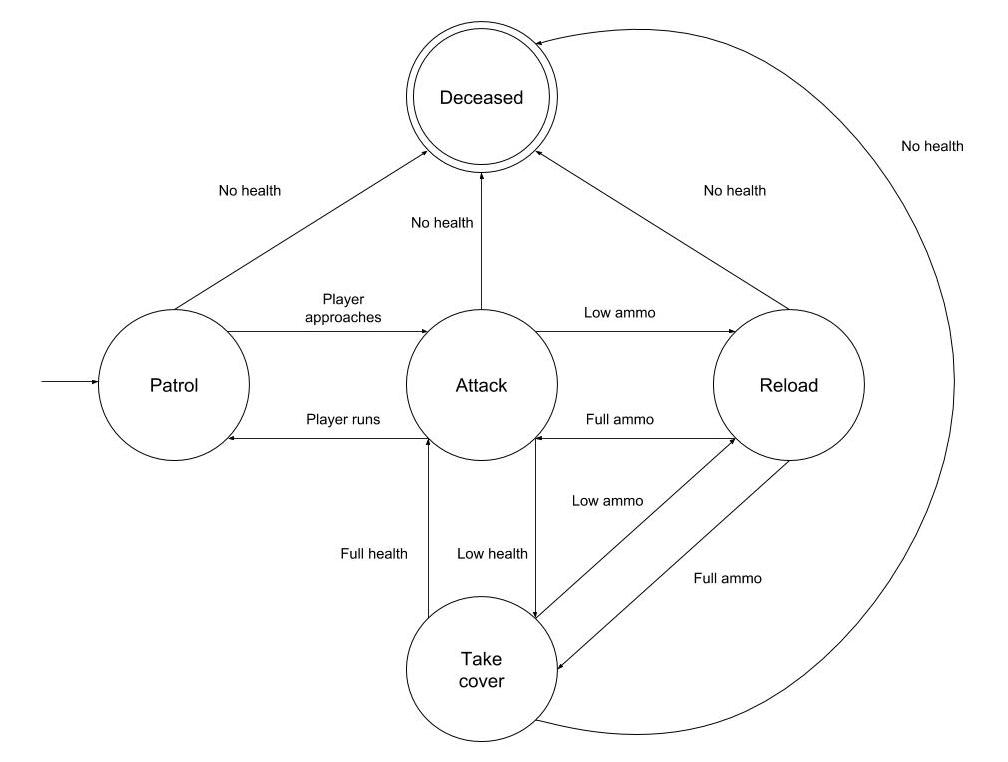 This is proven by the Pumping Lemma, a proof which asserts that if a language is not regular (not so much Regular Expressions, which you may be familiar with from programming languages, but rather a classification of languages then no Finite State Machine can be built for it. You can learn more about this proof and its implications here.

Finite State Machines are a theoretical framework we can use to model systems. Given a known set of states, the starting state, the accepting state and the rules to transition between states, we can determine if a sequence of inputs would be accepted.

The limited amount of states that can be modeled does not make these abstract machines suitable for all systems, as shown by the Pumping Lemma. Even so, Finite State Machines have many real-world applications and are popular because of their simplicity.

I love many things and coding is one of them!