As many programmers have found out the hard way, adding documentation is extremely important in being able to easily make modifications to your code, fix issues, pass off to others, etc. Just because your code makes sense now doesn't mean it'll make sense to you in 6 months (or even a week, really). You're probably used to documenting your actual code, but this same practice should also be followed with your version control commits as well.

In Git, there are a few ways to document your changes, but we'll be focusing mostly on how to do it for individual commits in this short article.

When viewing a repository on GitHub, you have probably noticed the messages next to a file or folder: 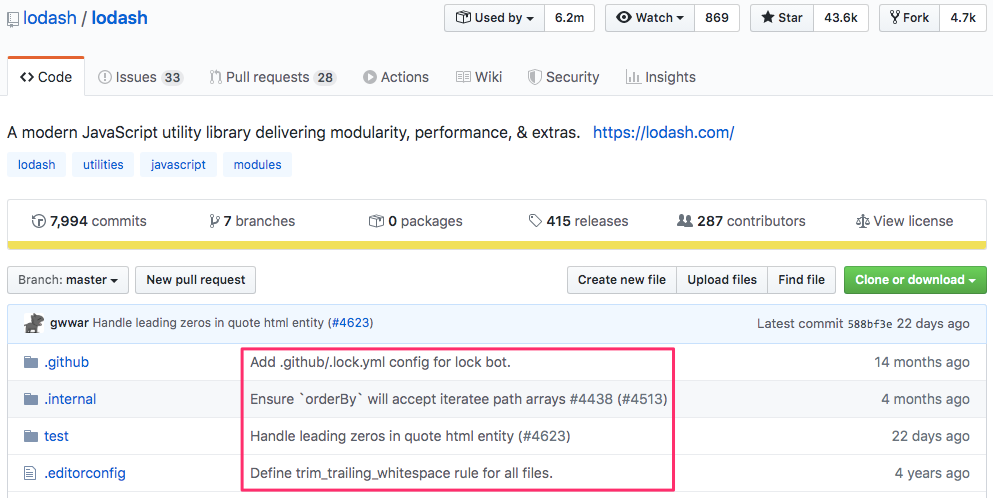 These messages are typically added to the repository at the time in which you make the commit, although you can retroactively add commit messages as well.

In order to add this message, you need to specify the -m flag when executing git commit. Your message should immediately follow the flag and be wrapped in quotation marks. An example of this looks like this:

You can't always describe a complex change with a short, single-line comment. An interesting feature of the -m flag is that you can add multiple paragraphs to your message by using the -m flag multiple times in the same commit command:

These multiple messages will then look like this in the resulting commit:

Another option, which depends on the shell you're using, is to just enter a single or double quote and press Enter, without closing the quote. This works well in Bash, which doesn't enter the command until you've closed the quote:

And finally, you don't actually need to use the -m flag at all. If you omit this flag then Git will automatically open a text editor for you to enter the commit message.