Genetic algorithms are a part of a family of algorithms for global optimization called Evolutionary Computation, which is comprised of artificial intelligence metaheuristics with randomization inspired by biology.

In the previous article, Introduction to Genetic Algorithms in Java, we've covered the terminology and theory behind all of the things you'd need to know to successfully implement a genetic algorithm.

To showcase what we can do with genetic algorithms, let's solve The Traveling Salesman Problem (TSP) in Java.

TSP formulation: A traveling salesman needs to go through n cities to sell his merchandise. There's a road between each two cities, but some roads are longer and more dangerous than others. Given the cities and the cost of traveling between each two cities, what's the cheapest way for the salesman to visit all of the cities and come back to the starting city, without passing through any city twice?

Although this may seem like a simple feat, it's worth noting that this is an NP-hard problem. There's no algorithm to solve it in polynomial time. Genetic algorithm can only approximate the solution.

Because the solution is rather long, I'll be breaking it down function by function to explain it here. If you want to preview and/or try the entire implementation, you can find the IntelliJ project on GitHub.

First, we need an individual to represent a candidate solution. Logically, for this we'll use a class to store the random generation, fitness function, the fitness itself, etc.

To make it easier to calculate fitness for individuals and compare them, we'll also make it implement Comparable:

Despite using a class, what our individual essentially is will be only one of its attributes. If we think of TSP, we could enumerate our cities from 0 to n-1. A solution to the problem would be an array of cities so that the cost of going through them in that order is minimized.

For example, 0-3-1-2-0. We can store that in an ArrayList because the Collections Framework makes it really convenient, but you can use any array-like structure.

The attributes of our class are as follows:

When it comes to constructors we'll make two - one that makes a random genome, and one that takes an already made genome as an argument:

You may have noticed that we called the calculateFitness() method to assign a fitness value to the object attribute during construction. The function works by following the path laid out in the genome through the price matrix, and adding up the cost.

The fitness turns out to be the actual cost of taking certain path. We'll want to minimize this cost, so we'll be facing a minimization problem:

The heart of the algorithm will take place in another class, called TravelingSalesman. This class will perform our evolution, and all of the other functions will be contained within it:

Although the tournament selection method prevails in most cases, there are situations where you'd want to use other methods. Since a lot of genetic algorithms use the same codebase (the individuals and fitness functions change), it's good practice to add more options to the algorithm.

We'll be implementing both roulette and tournament selection:

The crossover for TSP is atypical. Because each genome is a permutation of the list of cities, we can't just crossover two parents conventionally. Look at the following example (the starting city 0 is implicitly the first and last step):

What would happen if we crossed these two at the point denoted with a |?

Uh-oh. These don't go through all the cities and they visit some cities twice, violating multiple conditions of the problem.

So if we can't use conventional crossover, what do we use?

The technique we'll be using is called Partially Mapped Crossover or PMX for short. PMX randomly picks one crossover point, but unlike one-point crossover it doesn't just swap elements from two parents, but instead swaps the elements within them. I find that the process is most comprehensible from an illustration, and we can use the example we've previously had trouble with:

As can be seen here, we swap ith element of one of the parents with the element equivalent in value to the ith element of the other. By doing this, we preserve the properties of permutations. We repeat this process to create the second child as well (with the original values of the parent genomes):

Mutation is pretty straightforward - if we pass a probability check we mutate by swapping two cities in the genome. Otherwise, we just return the original genome:

We're using a generational algorithm, so we make an entirely new population of children:

We terminate under the following conditions:

The best way to evaluate if this algorithm works properly is to generate some random problems for it and evaluate the run-time:

Our average running time is 51972ms, which is about 52 seconds. This is when the input is four cities long, meaning we'd have to wait longer for larger numbers of cities. This may seem like a lot, but implementing a genetic algorithm takes significantly less time than coming up with a perfect solution for a problem.

While this specific problem could be solved using another method, certain problems can't.

For an example, NASA used a genetic algorithm to generate the optimal shape of a spacecraft antenna for the best radiation pattern.

A similar technique is used in NeuroEvolution of Augmenting Topologies, or NEAT, where a genetic algorithm is continuously improving a neural network and hinting how to change structure to accommodate new environments.

Genetic algorithms are a powerful and convenient tool. They may not be as fast as solutions crafted specifically for the problem at hand, and we may not have much in the way of mathematical proof of their effectiveness, but they can solve any search problem of any difficulty, and are not too difficult to master and apply. And as a cherry on the top, they're endlessly fascinating to implement when you think of the evolutionary processes they're based on and how you're a mastermind behind a mini-evolution of your own.

If you want to play further with TSP implemented in this article, this is a reminder that you can find it on GitHub. It has some handy functions for printing out generations, travel costs, generating random travel costs for a given number of cities, etc. so you can test out how it works on different sizes of input, or even meddle with the attributes such as mutation rate, tournament size, and similar. 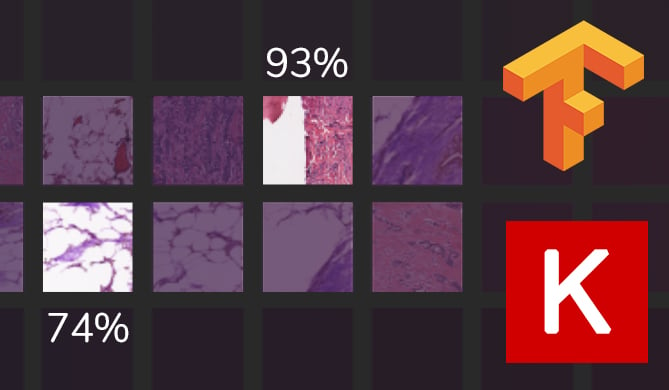