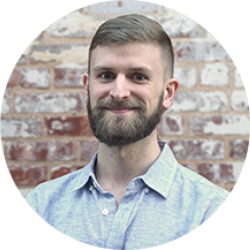 What are Global Variables?

In the code snippet above, we can see that there are two variables, fileScope and localScope. The variable fileScope can be changed or called from anywhere within this file, whereas the localScope variable only exists inside the function doSomething(). I'm sure at this point you are wondering what this has to do with global variables. When we talk about global variables, they exist for all of the files in a program meaning they have global scope for the program.

The reason this is possible is because JavaScript programs share a global namespace between all of the files in the program. To put it another way, imagine that your program is a giant file or container that has "imported" all the other JavaScript files. You then declare a variable in this large container file, that variable now has scope throughout the whole program. If you are not sure what a namespace is or you want to find out more about them, check out this article to learn more.

How to Declare and Use a Global Variable

What I have not talked about yet is another way that you can make a variable global. The reason I have excluded this is because it is not a proper way of setting up a variable. If you declare a variable in a file without using the keyword var and then assign a value to it, the global object will set a property for this variable. This process essentially turns it into a globally accessible variable. I strongly advise against using this method though as it is not the proper way to go about creating globals. It is also important to note that if you set the 'use strict' directive, Node will disable implicit globals and you will likely end up with an error at runtime rather than a working script.

Practical Use Cases for Global Variables

Now, you might be thinking to yourself that you want to go off and create global variables now that you know more about them. I am going to strongly caution against creating global variables for a few very important reasons.

Second, traditionally using global variables can cause concurrency issues. If multiple threads can access the same variable and there are no access modifiers or failsafes in place, it can lead to some serious issues of two threads attempting to access and use the same variable. However, while this is the case in other languages, it is not necessarily the case for Node.js as it is strictly a single-threaded environment. While it is possible to cluster Node processes, there is no native way to communicate between them.

The last reason I am going to talk about is that using globals can cause implicit coupling between files or variables. Coupling is not a good thing when it comes to writing great code. When writing code, we want to make sure that it is as modular and reusable as possible, while also making sure it is easy to use and understand. Coupling pieces of your code together can lead to some major headaches down the road when you are trying to debug why something isn't working.

If you want to know more about why globals are not recommended, you can check out this great article called Global Variables Are Bad.

If you take a look at the above code block you will probably see at least one instance you have used before, console.log(). According the the Node documentation, the console object is a global that has a few methods allowing developers to do things such as printing a log or an error. Digging deeper into the docs we can see that console is really a global instance that is configured to write to process.stdout and process.stderr.

​setInterval is another function that you may have seen before if you ever had reason to delay an operation before executing it. setTimeout and setImmediate are similar in nature to setInterval and are both global functions as well. These three functions are a part of the timer module which exposes a global API allowing you to call these functions without requiring timer in your files explicitly.

​All of the above mentioned use cases are built in to Node and are global for a reason. The process object is global because it provides information about the current running Node process and therefore should be available from any file without having to require it. The same can be said of the timer module which contains a number of functions that are important and should be accessible anywhere without having to require it. If you would like to learn more about the existing global objects built into Node, I encourage you to visit the official documentation on Globals.

Want to learn more about the fundamentals of Node.js? Personally, I'd recommend an online course, like Wes Bos' Learn Node.js since the videos are much easier to follow and you'll actually get to build a real-world application.

​I know that was quite a bit of information, so thank you for sticking it out. All of the above information was found in the documentation on Node's website. Please feel free to ask questions and give comments in the comment section below. Until next time guys!

Sam is an iOS developer who loves working with Swift and is currently doing freelance iOS work. When not coding, he can be found playing video games on Steam or writing articles.