In this tutorial, we'll cover how to plot Box Plots in Matplotlib.

Box plots are used to visualize summary statistics of a dataset, displaying attributes of the distribution like the data’s range and distribution.

We’ll begin by importing all the libraries that we need. We’ll import Pandas to read and parse the dataset, and we’ll of course need to import Matplotlib as well, or more accurately, the PyPlot module:

Let’s check to make sure that our dataset is ready to use. We’ll print out the head of the dataset to make sure the data has been loaded properly, and we’ll also check to ensure that there are no missing data entries:

The second print statement returns False, which means that there isn't any missing data. If there were, we'd have to handle missing DataFrame values.

Plot a Box Plot in Matplotlib

Let’s select some features of the dataset and visualize those features with the boxplot() function. We’ll make use of Pandas to extract the feature columns we want, and save them as variables for convenience:

As usual, we can call plotting functions on the PyPlot instance (plt), the Figure instance or Axes instance:

Here, we've extracted the fig and ax objects from the return of the subplots() function, so we can use either of them to call the boxplot() function. Alternatively, we could've just called plt.boxplot().

In any case, this results in: 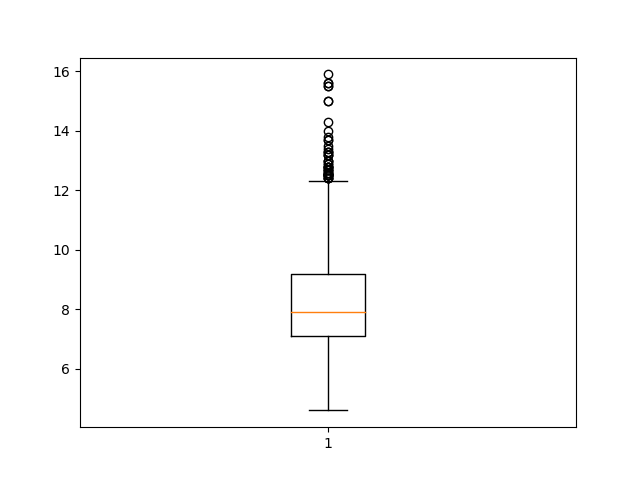 After creating the plot, we can see some of the summary statistics for our data. The Box Plot shows the median of the dataset (the vertical line in the middle), as well as the interquartile ranges (the ends of the boxes) and the minimum and maximum values of the chosen dataset feature (the far end of the “whiskers”).

We can also plot multiple columns on one figure, simply by providing more columns. This again, can be done on either the plt instance, the fig object or the ax object: 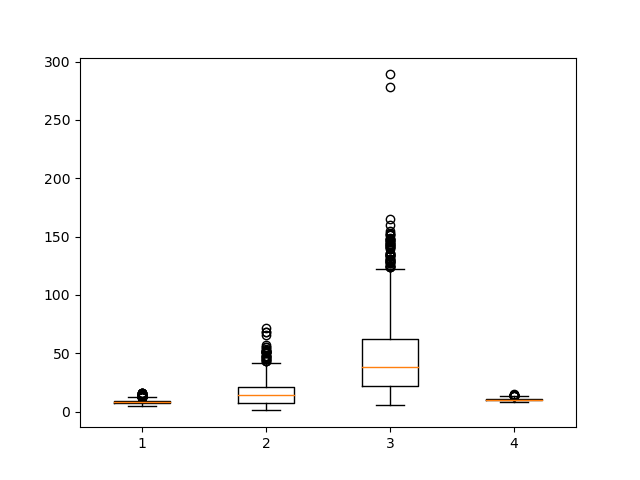 Now, we've got a lot more going on, since we've decided to plot multiple columns.

As you can see, while the plots have successfully been generated, without tick labels on the X and Y-axis, it is difficult to interpret the graph.

We can customize the plot and add labels to the X-axis by using the xticks function. Let's pass in the number of labels we want to add and then the labels for each of those columns: 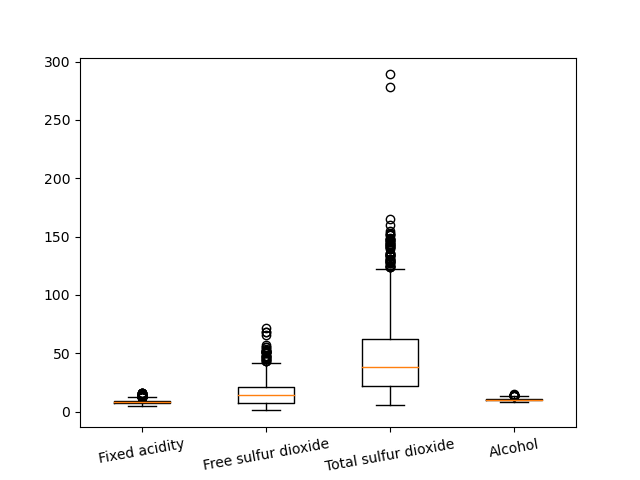 If we wanted to we could also change the orientation of the plot by altering the vert parameter. vert controls whether or not the plot is rendered vertically and it is set to 1 by default: 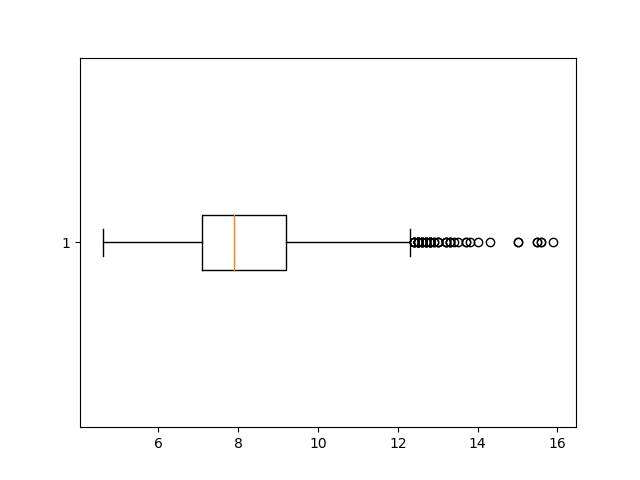 The notch=True attribute creates the notch format to the box plot, patch_artist=True fills the boxplot with colors: 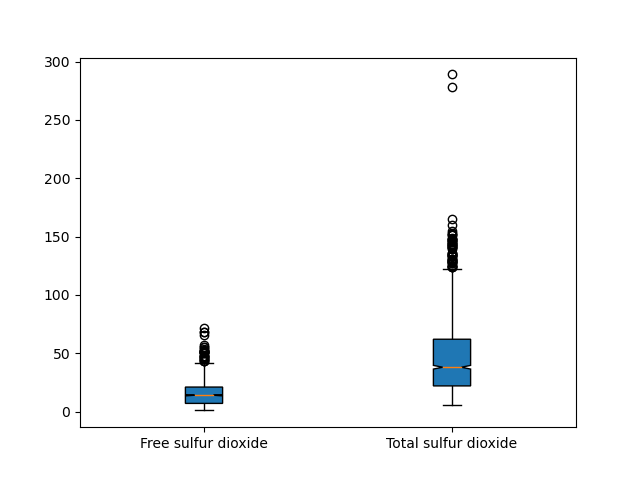 We can make use of the meanline argument to render the mean on the box, although this should be avoided if we are also showing notches, since they can conflict. 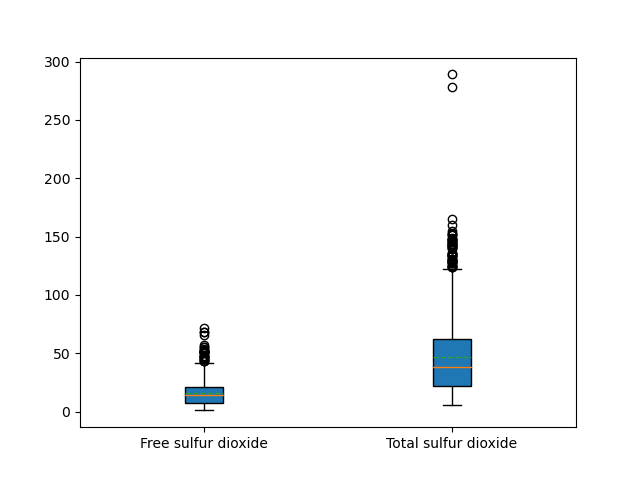 We can color the different feature column by creating a list of hex color values and using the set_facecolor argument. In the below example, we zip the boxes element of the box variable together with the colors we want to use and then set the face color for each of those boxes. 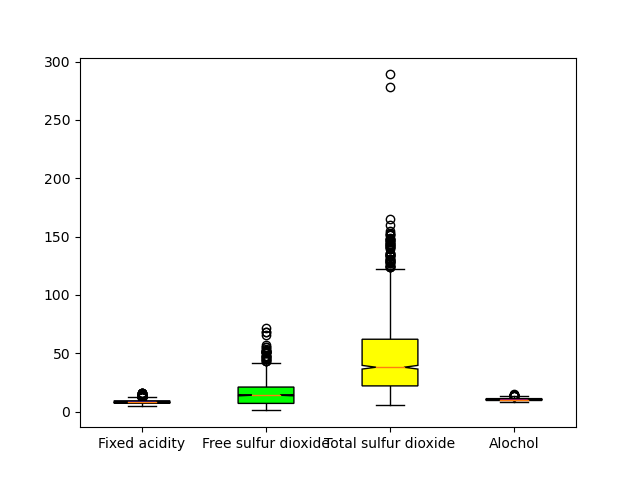 In this tutorial, we learned how to create a Box Plot in Matplotlib and Python. Then, we took a look at how you can customize it using arguments like vert, meanline, and set_facecolor.